skip to main | skip to sidebar

When … holding on with two hands clenched in a tight squeeze around the rope handle, straight elbows, wrists in place, fingers interlocking, gloves, jaw clenched, life jacket, no shorts, legs bent in a sitting position, back straight, everybody in the Front of the boat, and my father pulling me as gently as he could over and over again with no success … when all of that wasn’t enough to do what I loved, I KNEW SOMETHING WAS WRONG. It was at Lake Powell when I realized that IT wasn’t just weakness or Carpel Tunnel. (Yes it was the same Lake Powell trip that I opened my Mission Call.) Something was wrong and I needed to find out quickly before I left for Russia on September 12th.

One MRI, a few ECGs, a few Nerve Conduction studies, lots of blood, some urine, a Spinal Tap, several phone calls, many doctors, plus visits, and many tears later I found out that I had CIDP. Chronic Inflammatory Demyelinating Polyneuropathy.

Well needless to say, I didn’t end up going to Russia. I’ll spare you the details. It’s a whole other story. But I will say this. The whole thing ended up being one of the greatest blessings in my life.

The next couple of months were very interesting. There were many experiences that I will never forget. At one point I could barely walk without support. Walking up the stairs hunched over like an 80 year old man was all I could do to reach the top. I began to realize that I had taken for granted the every day things I use to do with my hands and feet.

I didn’t dare go visit my friends. I could barely turn the key to the car with both hands. The few times I did venture to Provo, I was sore and shaky by the time I got there. And worst of all I couldn’t even do up the button on my pants. What if I had to go to the Bathroom? Thanks to ever persistent friendships of the ones who cared to get me out of the hole I was in and get me out to be social again. Those were the ones who helped a poor friend button up her pants.

I was a scared, nervous 16 year old girl again when it came to going on dates. I felt like I’d forgotten how to talk to a boy. I had little confidence. I walked like Ronald McDonald because I could not hold my toes up; they just flopped on the ground. No wonder I rarely if ever went on anything but first dates during that first 6 months. One date in particular consisted of going to Salt Lake for a concert at the Conference Center. Afterwords the group wanted to WALK to Olive Garden for dinner. Mind you, this was in the middle of December and I do not do so well in the extreme cold. It was all I could do to keep my shoes on (they weren’t even heal, they were flats!). My poor date offered to give me a piggy back ride the few blocks left, I refused. Number 1. because I was in a skirt and number 2. my pride would not let me. I was determined. With numb feet, legs, and hands, we reached Olive Garden just in time to follow the group to our table. ...Luckily my date was sensible enough to ask the driver to go get the car 10 blocks or so away while the rest of the group stayed warm in Olive Garden, because HE was cold. Bless that boy.

I eventually moved back to Provo and went back to school at BYU. I lived just south of campus. I walked up the hill to class every day. I remember the first time I passed someone up while walking up the hill. I was thrilled! I called my mother to tell her about it. lol

Anyways, a lot has happened since and I have been very extremely blessed. I am now married to a wonderful husband who has so much love and patience for me. I have been blessed with wonderful friends. I have the most superb family, and married into the most amazing family. All of which have offered many prayers in my behalf. It is truly humbling. (I can not express my thanks enough to all of you for your many thoughtful prayers)

Nearly 50 IV treatments, over 100 needles, a few sharps containers, a few BOTTLES of Advil Tylenol and Benadryl, a few months of Methotrexate (a chemo drug), lots of sleep, some FABULOUS nurses and many Dr. visits, probably 100,000 if not over a million Prayers later … I feel stronger & better now than I have felt in the last two years!!!! Progress!!

I am so excited that I can jog with my husband! Even if it’s more like half jogging, mostly walking. I have been able to jog EIGHT days in the last two weeks! And the week before that, I was able to WATERSKI at Lake Powell FOUR days in a row!!! (I didn't even get sore that week at Lake Powell, Kinda nice! lol --- because I was numb. ) 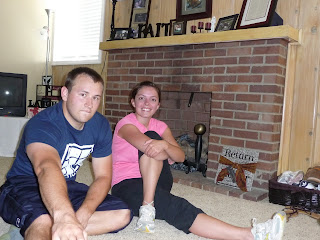 You know, over the past two years I have grown so much as a person that I would never trade this for anything else in the world. I have grown so close to my husband, my family, my Heavenly Father, and my Savior. Nothing can replace that.

CIDP has been the greatest blessing! If I have learned anything from this experience, it is that Heavenly Father lives and His Son Jesus Christ lives. They know me. Heavenly Father has His hand in my life. Prayer is real. The Priesthood is real. The Holy Ghost is real. And my Testimony is real.

Thank you for all your continued prayers and support! They are felt and deeply appreciated. We love you!

We have had the most glorious summer.
A Bailey family reunion up at Bridger Lake.
A weekend at the cabin near Panguitch with the Dixon family.
A weekend with the Dennis family up at the Grand Tetons in Wyoming.
A whole week at Lake Powell! 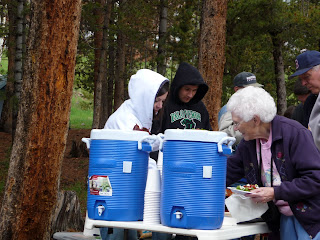 It was a bit cold and rainy, but hopefully I did not ruin my Husband's will to go camping with me. 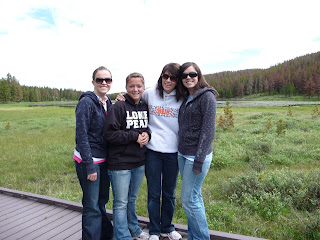 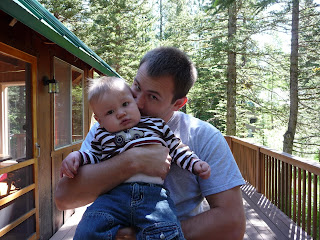 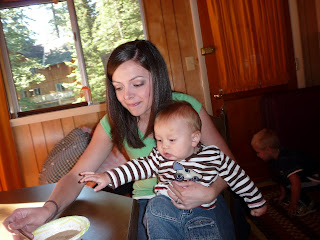 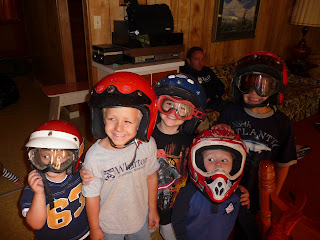 
Here are a few pics of us shooting Steve's guns.
Thanks Steve! 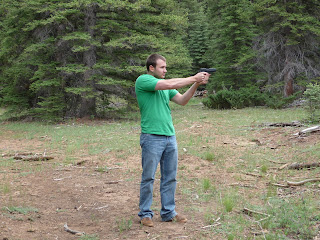 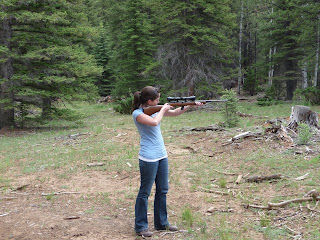 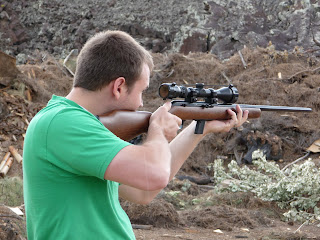 We hiked up to Stewart Falls! :) 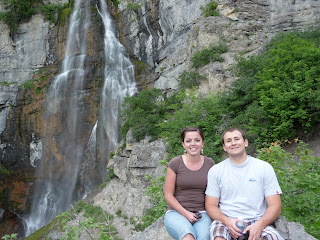 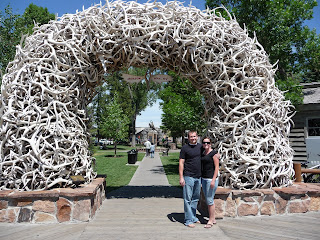 While camping near the Grand Teton Mountains, we took a little trip to
Jackson Hole, Wyoming! 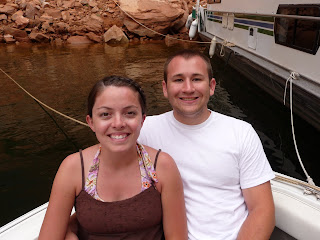 My cute husband and his tired wife. (I apologize) 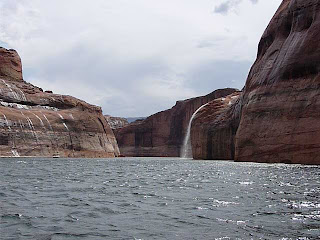 We saw some beautiful waterfalls because it rained. :) 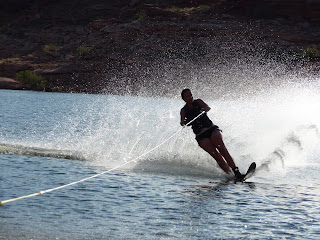 I absolutely LOVE to Water ski and I am SO EXCITED that I have enough strength to do so!!!
I haven't skied like that in 2 or 3 years!!!! 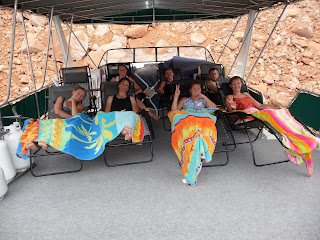 Relaxing on top of the house boat waiting for the storm to end.

Thanks for stopping by!